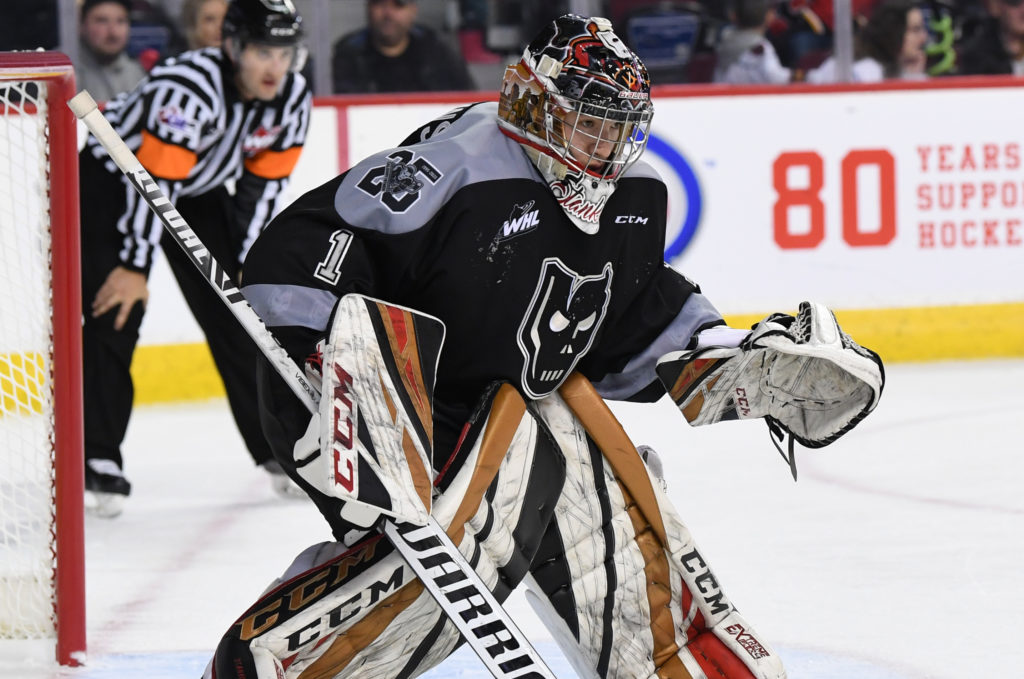 I was focusing on one puck at a time, that’s my motto and I didn’t think about how I was getting closer to reaching the milestone until the clock read zero. It was definitely an awesome feeling when it happened and a moment I’ll cherish forever.

There have been a couple of times that I came close to reaching it, but it wasn’t something I was really worried about or thinking in the back of my mind. All I ever focus on is giving the team every chance to pick up two points at the end of the game. Definitely still feels good to finally get that under my belt.

Jack was the only one that knew it was my first career shutout because we have a thing called the goalie union.  We support each other and are close friends off the ice, it helps having a goalie support you like he does and no matter if it’s a good or bad game, we always have each other’s back.

It was good to get my feet under me and have a big bounce back game like that. The team did a great job boxing out people and blocking shots in front of me. Our defensive group is awesome; they have so much skill, move the puck out of the zone and so reliable defensively by getting in passing lanes and shutting down top players. It makes my job so much easier.

Good teams always find a way to close things out and that’s something we’re trying to do a better job of this year. It was a tight game as the third period was winding down but it was good to see the whole group bear down and come together to  get the win. We know the season is a grind and having a weekend like we did gives us that added belief in ourselves and it’s all a part of the climb we’re making.

Starting 0-5-1 last year to now being 3-0-1 this time around is a big improvement for us. We had high expectations in the room coming in to have a better start and play more consistent each and every night. We want to improve in practice, battle hard and continue to rack up points.