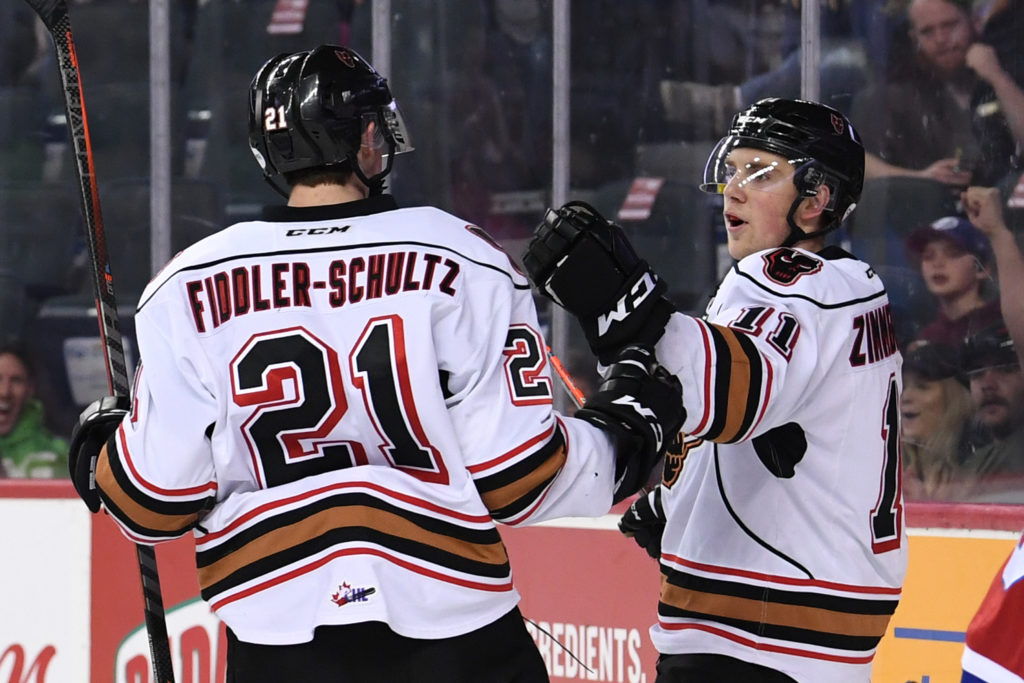 A change of scenery can change everything.

The Hitmen are back home Tuesday night at the Scotiabank Saddledome for Game 3 down 2-0 in a best-of-seven series against the Lethbridge Hurricanes.

Game 2 saw the ‘Canes pick up a 4-1 win to complete the home sweep of the first two clashes, but the Hitmen are motivated to get back into it one game at a time.

“There continues to be challenges for us but we aren’t going to roll over and give up,” head coach Steve Hamilton said. “We have been right there and there’s a lot of hockey left to be played.

There’s been no shortage of playoff intensity as Game 2 saw the rivals combine for a total of 140 penalty minutes, after just 22 minutes in Game 1. More of the same could be excepted as neither side has backed down and show no signs of slowing down.

Despite being down, the Hitmen can look back on history as on two occasions they have battled back from an 0-2 deficit to win a series. In the 2010 post-season they lost both games on home ice before bouncing back to defeat the Moose Jaw Warriors in seven games in the opening round.  During the 2007 WHL Playoffs, after dropping the first two games of their second-round set with Brandon on the road, they came roaring back with four straight wins to capture the series in six.

“We are still confident in our abilities and regardless of what happened it doesn’t matter once the next game starts,” assistant coach Trent Cassan said. “We’ve liked wat we’ve seen and we’ve showed all season that we are a resilient group.

“The group is focused and motivated to battle back.”

At times in the series, the bounces and puck luck just hasn’t been there for the younger Hitmen club but have seen all four lines to contribute in their own way in many areas of the game.

It’s only a matter of time before they start to roll with their work being rewarded.

“It’s the ketchup bottle effect and that’s been our motto for the whole season,” Dakota Krebs said. “You keep banging away at the bottle and nothing comes out until it finally explodes and we’ve seen that before and we know it’ll happen again.

“We just need to believe in each other and continue to play our game.”

Dakota Krebs (1G, 1A) has points in back-to-back games.