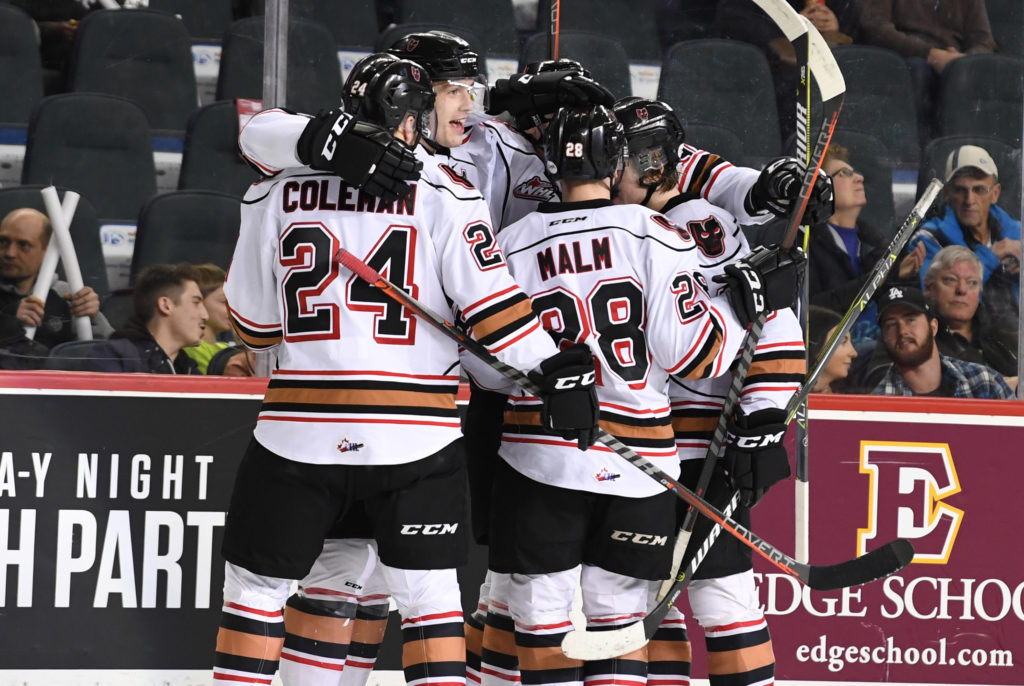 A big opportunity has presented itself.

Game 4 between the Hitmen and Hurricanes is set for Thursday night at the Scotiabank Saddledome, with a chance for the Hitmen to tie the series up at two games apiece.

The last tilt saw the Hitmen come out on top with a crucial 5-3 win in what was considered a must win game for the club. Game 4 has a similar do-or-die mentality.

“Each game we’re having a Game 7 state of mind headed into it,” head coach Steve Hamilton. “It helps the guys understand the importance of every tilt and each shift has an important value on what the outcome can be.

“We need to be in the moment no matter what.”

Last game saw a big performance from Carson Focht as the forward lead the offence with a three-point night (2G, 1A) while the Prokop brothers combined for four points, Josh with a goal and an assist, and Luke with a pair of helpers. Ryder Korczak and Luke Coleman, into an empty-net, rounded out the scoring as each line once again made an impact.

When the Hitmen have needed it most, the young players have continued to make giant leaps forward.

“We were preaching that it was a pivotal game for us and everyone came out and rose to the occasion,” Focht said. “Everyone needs experience and the only way to get it is to find out first-hand what this time of year is all about.

“The younger guys are a huge part of our team and they’ve really stepped up and played their role which helped us get the win.”

Their confidence is at a high as the Hitmen know that they can find success in playoffs just like in the regular season but have already made that quick reset to focus on Game 4.

It won’t come as a surprise to them that the Hurricanes will come out hard similar to Game 2, but they wouldn’t expect anything less from their rivals.

“I think we stung them a bit last time out and we know they are going to come out hungry,” Focht said. “We just need to be hungrier and with each game, the intensity is going to raise more and we have to be ready for that.

“We want to even the series up.”

Dakota Krebs (1G, 1A) and Egor Zamula (2A) both have points in two of their last three games

Kaden Elder is one game shy of 50