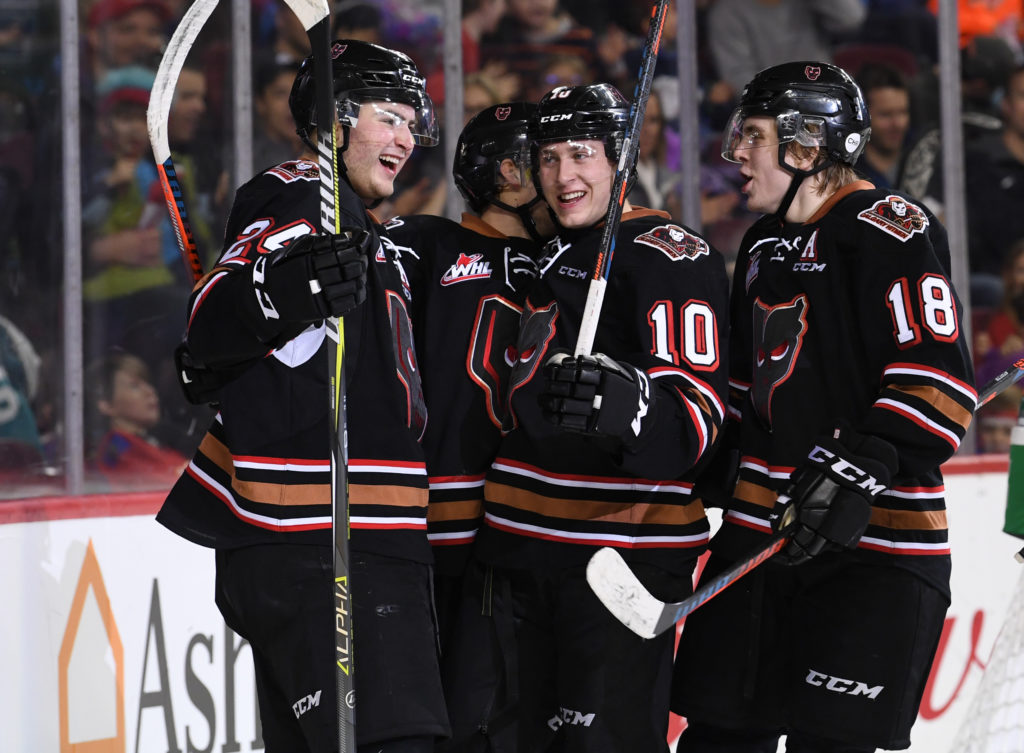 The intensity has been raised a notch higher.

Saturday night will see the Hitmen travel to Lethbridge for a pivotal Game 5 with the series tied 2-2 at Nicholas Sheran Arena.

After falling behind 2-0 to start the series, the Hitmen roared back with back-to-back wins to even things up, with the most recent clash being a 5-2 triumph in Game 4.

“Every series is filled with opportunity,” head coach Steve Hamilton said. “The guys have embraced being in the moment and it’s a lot easier to focus on one game instead of looking ahead on how many games away you are from winning a series.

“Everyone has taken major strides forward and we’ll need more of that to keep rolling.”

Thursday night saw Ryder Korczak and Riley Stotts each chip in a three-point night, Korczak with three helpers and Stotts with a goal and two assists. James Malm, Josh Prokop, Vladislav Yeryomenko and Luke Coleman rounded out the scoring, as the Hitmen have scored 10 goals in the past two games after just three in the first two tilts.

With the offence coming alive and the defence frustrating the Hurricanes offence, the do-or-die approach that they have preached after Game 2 has paid off.

They knew they were never out of it and now will look to take the lead for the first time in the series.

“It’s been an intense series and we are hungry to keep playing at the level we’ve been playing at,” Prokop said. “We’ve had a lot of peaks and valleys over the season and it’s been ironic that we’ve gone through the same thing through the first four games.

“We have a great culture and leaders in the room and we are confident in our play.”

With Game 6 set for Sunday afternoon back in Calgary at 4 p.m., it’ll be a quick turnaround no matter the outcome from Saturday night.

Either way, the only thing on their mind is to get the win in enemy territory.

“We aren’t worried about Game 6, it’s irrelevant to us right now,” Hamilton said. “It’s no secret that to win a series you need to win at home and on the road.

“We know what is at stake and now it’s up to us to get the job done.”