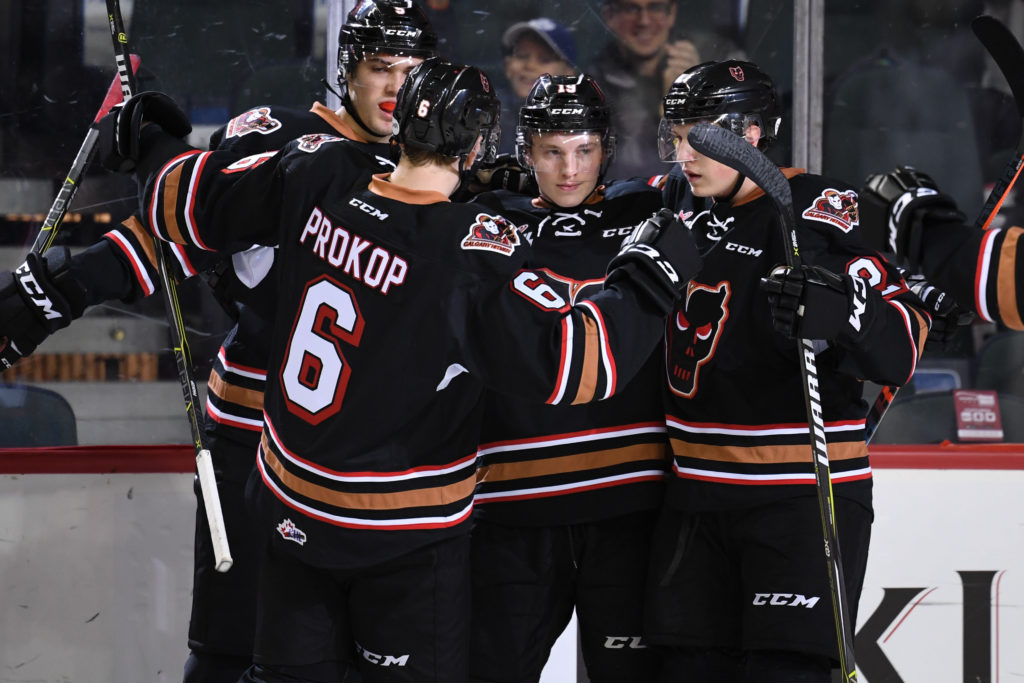 It all comes down to this, Game 7.

It’s been a back and forth tight series between the Hitmen and Hurricanes, and Tuesday night will see someone move on to the second round of the WHL Playoffs.

After falling behind 2-0 to start the series, the Hitmen went on to win three straight games but Lethbridge was able to force the deciding game after a 7-6 overtime win Sunday afternoon at the Scotiabank Saddledome.

“Game 6 was the sloppiest game of the series,” head coach Steve Hamilton said. “We aren’t going to dwell on it and our guys are embracing the opportunity to close things out.

“There’s a lot of resiliency in that room and that’s a good thing to know about yourself when you are headed into a big game. I have full confidence in our group.”

It’s a do-or-die mentality but it’s nothing new for the Hitmen as they have been playing with a Game 7 state of mind since Game 3. From low-scoring games to high-scoring affairs and two overtime clashes, this series has seen it all.

The last two games alone have seen 24 goals scored between the clubs after the first four saw them combine for 25. There’s been no shortage of offence, but the Hitmen know that they’ll need to tighten up defensively and avoid the run and gun style.

“There’s no question that we need to tighten things up in the neutral zone and defensively,” James Malm said. “They are a good team off the rush so we have to take away their time and space and frustrate them.

“You can’t leave anything on the table and give it your all for your brothers.”

The Hitmen knew that they needed to win on the road in order to advance, they’ve done it once already and now they’ll look to do it again in the smaller Nicholas Sheran Arena. If you thought Game 5 was loud, wait until the puck drops for Game 7.

“We’re confident we can do it again,” Mark Kastelic said. “Nobody really has home ice advantage in that rink and it was a fun environment to play in. We definitely could hear our fans cheering and that gives a big energy boost on the bench.