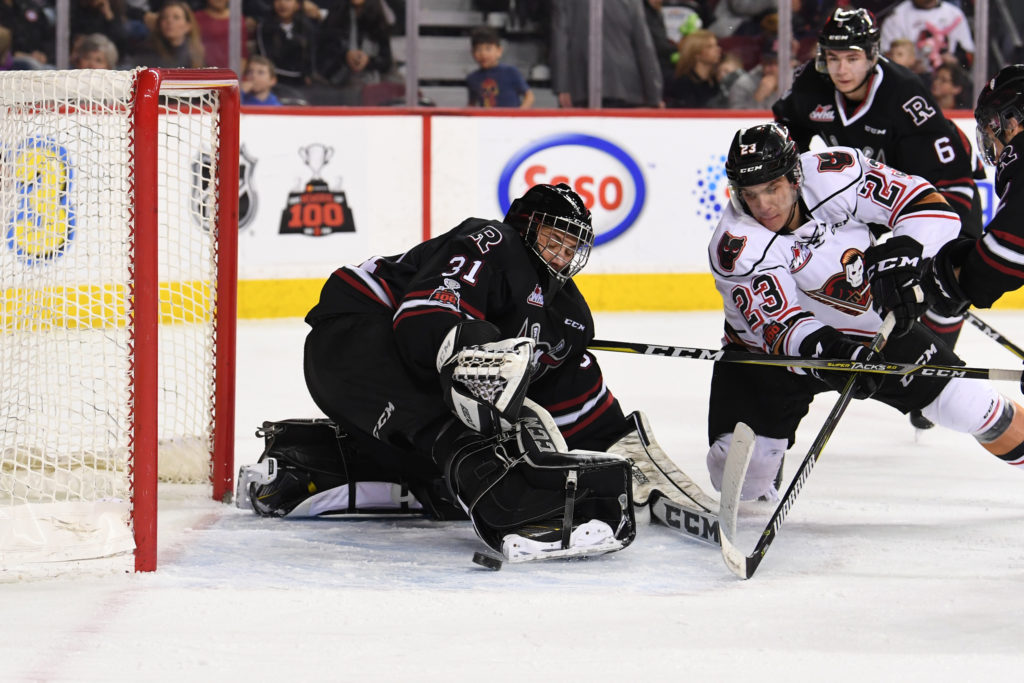 A stacked weekend is on deck.

The Hitmen head into the second week of the regular season with a three-in-three set, starting Friday night in Red Deer against the Rebels.

It’s only the second game for the Hitmen so far this season after last Saturday’s 5-3 loss to the Kootenay ICE for the season opener. Jake Kryski scored a pair of goals while Luke Coleman added a single tally for the visitors.

The matchup against Red Deer marks the first of eight meetings between the clubs and will also be the first of two clashes this weekend as the rematch is set for Sunday afternoon at the Scotiabank Saddledome.

The Hitmen went 4-1-1-1 against their Central Division rivals last season with four of their seven meetings needing overtime or a shootout.  Jakob Stukel led the Hitmen with nine points (3G, 6A) against the Rebels while Kryski (3G, 4A) tallied seven.

With a busy stretch ahead of them, head coach Steve Hamilton has emphasized making Friday’s clash the only thing on their minds and is expecting a hard fought game against the rivals.

“I’ve played against Brent’s teams for a very long time, we have a pretty good expectation on how things are going to go.” Hamilton said. “They rarely get outworked and play the game hard and that’s something we are going to have to match.

“I think it’s good for us to go up against a team who will be hungry from the start.”

The Hitmen will have some fresh faces in the lineup as Josh Prokop, brother of Luke and Kaden Elder are expected to make their Hitmen debuts.

Prokop was acquired last season in a trade with the Swift Current Broncos, the 18-year-old forward spent last season in the BCHL with the Vernon Vipers and also appeared in six games with the club before signing with the Hitmen Wednesday.

Elder was brought in via trade with the Broncos Thursday morning in exchange for a third-round-pick in the 2019 WHL Bantam Draft. The 20-year-old joins Luke Coleman and Kryski as the overagers.

Mark Kastelic is one assist away from 50 and two games shy of 200.