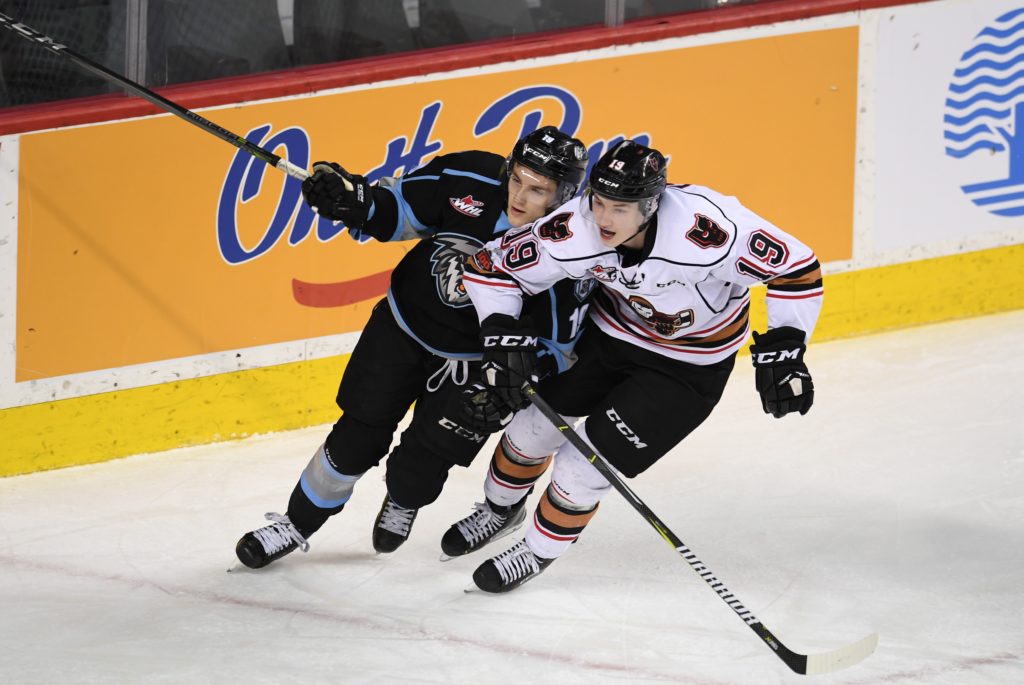 Hitmen Hockey is finally back!

The Calgary Hitmen kick-off the 2018-19 WHL regular season Saturday night when they travel to Cranbrook to take on division rivals, the Kootenay ICE.

Saturday will mark the first of six meetings between the clubs, and fourth consecutive season opener clash between the two. Last season saw the ICE win five of seven tilts with three contests decided in extra time. Mark Kastelic and Jake Kryski led the way offensively for the Hitmen with six points each.

The Hitmen head into the clash after a perfect 6-0 pre-season which saw them come out on top twice against the ICE. Kastelic led the charge with nine points (3G, 6A) in the six tilts while Luke Coleman’s team high five goals, to go along with three assists saw him finish right behind his linemate.

Despite the perfect pre-season, Head Coach Steve Hamilton stated that there is still work to be done as he gets set for his first regular season game behind the Hitmen bench.

“We’re trying to re-establish a winning culture,” Hamilton said. “We want to be highly competitive night in and night out and the guys have done a great job of establishing that.

“I want the guys to go out there and do their best to be successful. Everyone is ready to get going and I like where we are at, but there is a lot to do. We need to be a better, more polished version of ourselves.”

The Hitmen will return to action next weekend for a three-in-three set starting Friday in Red Deer, returning to the Scotiabank Saddledome for the home-opening weekend Saturday vs Edmonton and Sunday vs Red Deer.

Mark Kastelic is three games shy of 200. He also needs one assist for 50.

How The Hitmen Were Built (25)

Quick Hit: In the previous 23 season openers, the Hitmen have an all-time record of 12 wins, seven losses, three overtime losses and one tie.  Dating back to 2015, Calgary has won two of their last three opening night contests.