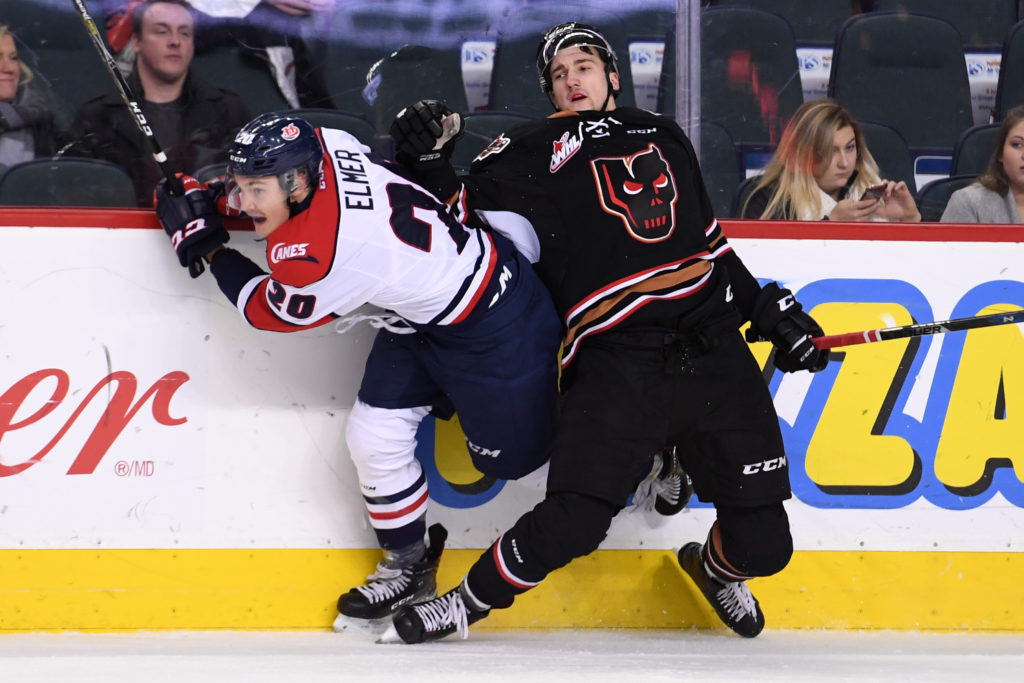 Four down, and only two left.

The Himen head into the weekend set for their last two games of a six-game homestand, starting Friday night against the Lethbridge Hurricanes.

It’s the first meeting of the season between the Central division rivals, which saw the Hitmen win the season series last year 4-2, with a trio of 6-3 wins. Luke Coleman (2G, 6A) led the Hitmen with eight points in the six tilts while Vladislav Yeryomenko (4G, 2A) was next with six.

The first four games of the homestand haven’t gone as planned, as the club have gone 0-3-1, and continue to search for their first win of the new season. Last weekend saw the Hitmen shutout twice against the Saskatoon Blades in a 3-0 loss and then 4-0 against the Prince Albert Raiders.

Sunday’s clash against the Raiders marked the first time this season that the Hitmen were outshot, and they know that more is needed to generate offence to put the puck in the net.

“We weren’t creating a lot offensively and that can lead to frustration around the net,” head coach Steve Hamilton said. “There are areas of our game we need to get better because the margin of error is very tight.”

“We want to turn the corner here.”

Lethrbridge head into the contest after a 4-2 win over the Regina Pats Wednesday night and currently own a 3-3-0-1 record through the first seven tilts, sitting third in the Central Division.

Though still early on in the season, the Hitmen know what needs to be done and Hamilton is looking for a turnaround to start Friday night to spark the team.

“There’s no question what we need to weed out of our game and it has to be a conscious choice,” he said. Sometimes those habits take a bit of time to work through and we have to build new ones and make better choices.”

The homestand wraps up Sunday afternoons for the Hitmen against the Regina Pats, which will then be followed by a five-game road swing starting Tuesday night in Prince Albert.

Vladislav Yeryomenko is one assist away from 50.