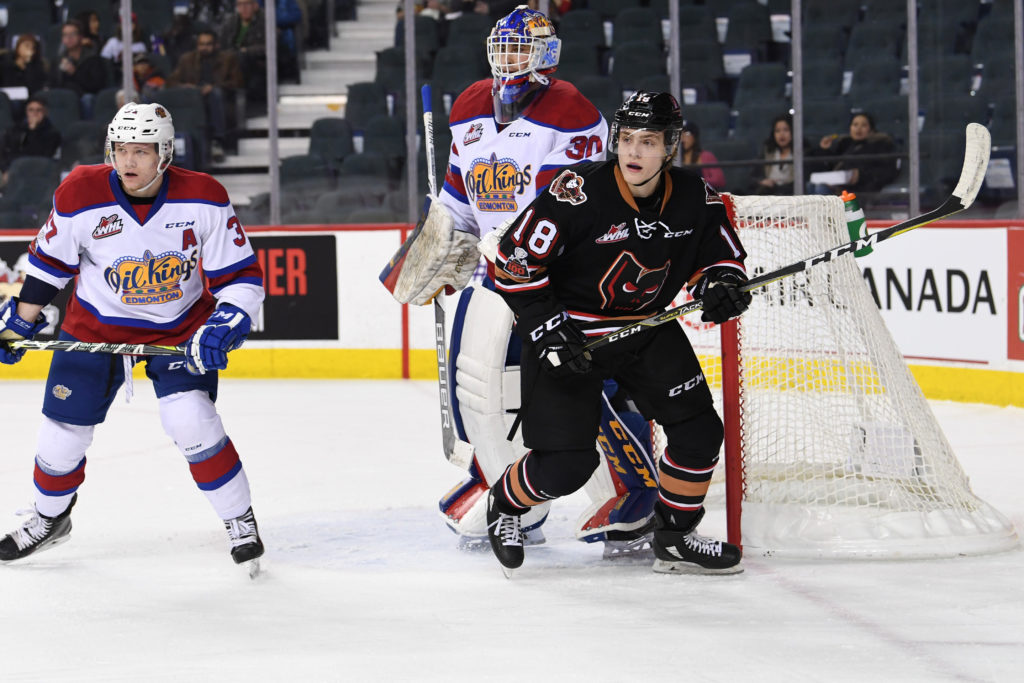 The Hitmen head back to the Scotiabank Saddledome Saturday night for the Papa John’s Pizza Home Opener against the Edmonton Oil Kings, after playing the first two games of the season on the road.

Saturday marks the second game of a three-in-three weekend, which saw the Hitmen drop the first game in a close 4-3 decision to the Red Deer Rebels Friday night. Zach Huber, Layne Toder and Hunter Campbell all found the back of the net in the loss.

Edmonton head into the matchup following a 5-0 win over the Swift Current Broncos Friday, and currently sit 4-0 after a weekend sweep of the Rebels during the WHL Opening Weekend and a win over Medicine Hat earlier during the week.

The first home clash for the Hitmen this season also marks the first of eight regular season meetings between the Alberta rivals.  Last season saw the Hitmen finish 3-2-1-0 with Jake Kryski leading in scoring with with 14 points (6G, 8A) against Edmonton while Jakob Stukel (4G, 7A) was next with 11.

They’ll be a buzz in the arena for the first taste of regular season Hitmen Hockey, as the players have been itching to get back to playing in front of the home crowd.

“The pre-season game was awesome to see the fans and to just get back into the routine of things again,” Huber said. It’ll be big step up with it being the regular season but it’ll be great to see that big crowd for home opener and we’ll be ready to roll.”

Following the contest, the Hitmen will wrap up the weekend welcoming the Rebels to the ‘Dome for a 4 p.m. start Sunday.

Mark Kastelic is nine points away from 100 and one game shy of 200.