Prokop: ‘Something Out Of A Storybook’ 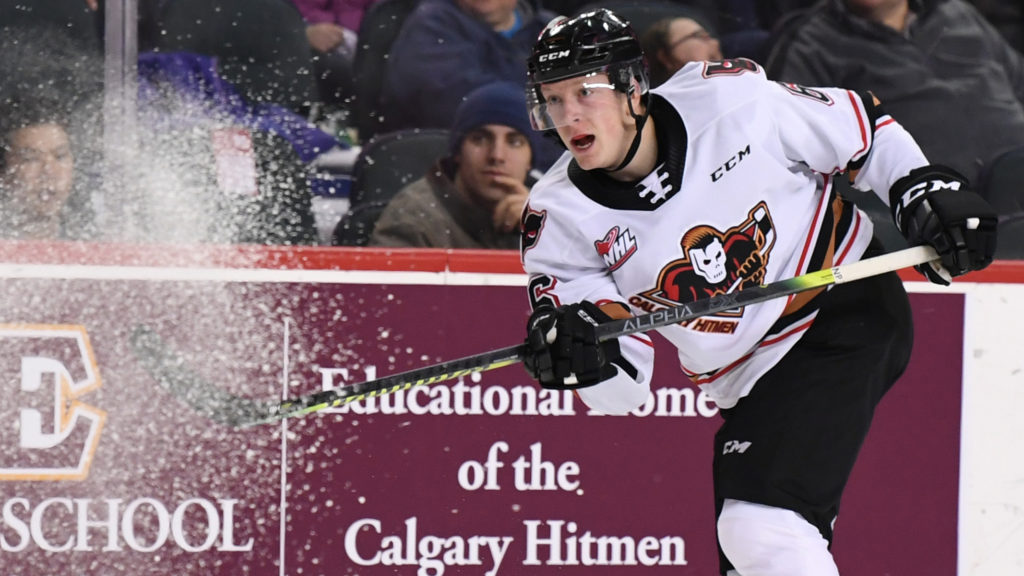 Getting drafted is a special moment.

Being selected by a team you grew up cheering for makes it that much sweeter.

Hitmen defenceman Luke Prokop – like all would-be NHLers – didn’t care who called out his name at the recent virtual draft, as long as someone did.

That said, when his favourite club – the Nashville Predators – selected him in the third round, 73rd overall, it made an already joyous occasion even more remarkable.

“It was an awesome moment and something out of a storybook,” said Prokop. “It didn’t set in until a couple hours later that I had been drafted because it was so surreal and I couldn’t believe it.

“All the hard work of focusing on hockey growing up made it all seem like it paid off with all the workouts and long days at the rink to get to this moment.

“I was a little nervous I would miss my name being called or that it would go on commercial but I was lucky they came back right at the perfect time so that I could hear them call my name and have a little analysis on me which was really cool. 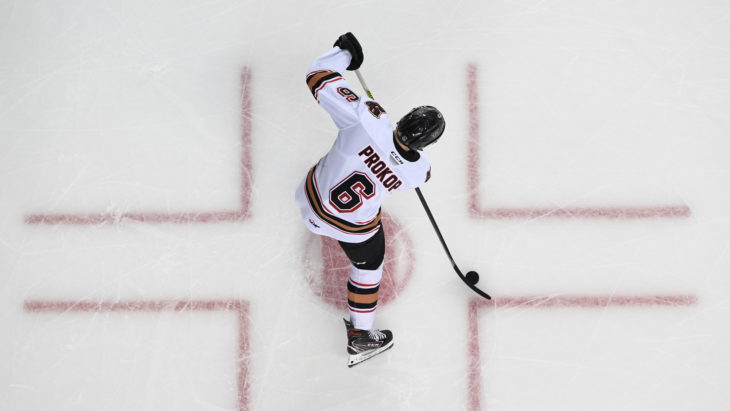 Born and raised in Edmonton, Prokop was fan of the Oilers at a young age but as he got older, he started to pay closer attention to a specific Preds player.

“I idolized Shea Webber the more I watched him and he is a guy I always tried to model my game after,” Prokop said. “It was around the 2010 Olympics that I really started to focus on his game, after that I started watching a lot of Nashville games and they quickly became my favourite team.

“That was the icing on the cake for me, going to the team I grew up watching so much.”

The moment was simply magical.

“It’s unbelievable the feeling that you get, there’s so many emotions that go through you and having my family with me who have done so much for me really made it extra special,” he said. “My phone started buzzing like crazy with messages from friends and I teared up a bit while I was hugging my dad when Nashville gave me a call to welcome me to the team, I just started to ball my eyes out right there because of all the emotions.

“It was a time where I really could live in the moment to celebrate all the hard work and what had just happened. There was no thinking of ‘what’s next?’ just yet because getting drafted only happens once and it’s something I wanted to make the most out of.”

The Predators have a rich history of developing some of the best defencemen in the league. Webber, Roman Josi, Ryan Suter, Ryan Ellis, Mattias Ekholm and Seth Jones, just to name a few, all got their start in Nashville.

“You see the guys that they have groomed and brought up and all became great top four defencemen,” Prokop said. “They take time with their prospects and they are great at developing defenders as shown with their impressive track record. They are doing a lot of things right for that to happen and I’m looking forward to hopefully being a part of that long list one day.

“It’s going to take a lot of work and it’s cliché but the real work does start now. I’m going to give it my all to one day get to the NHL.” 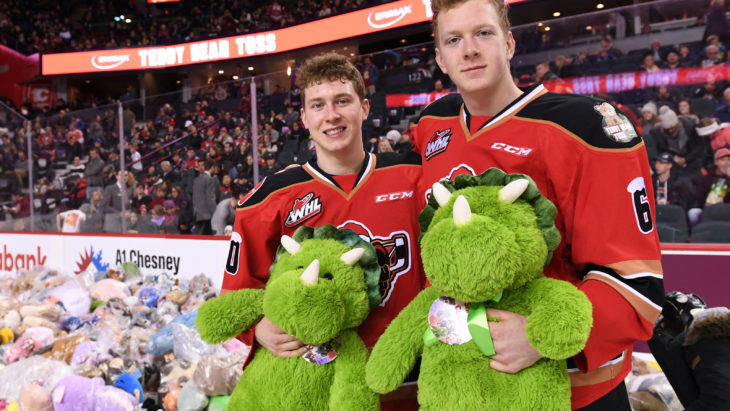 But until then, there’s some unfinished business he’s looking to take care of with the Hitmen once the WHL season gets underway.

After spending his initial years in the league trying to learn as much as he could from vets, it’s now his turn to take the torch.

“It helped a lot learning from guys like Yoyo (Vladislav Yeryomenko), Egor (Zamula) and Jett (Woo), with what they brought to the table with their offensive game but also with how reliable they are in their own end,” he explained.

“Now it’s my time to take that next step and I’m ready to jump into a top role to play big minutes 5-on-5, on the powerplay and the penalty-kill. I want to be that go to guy on the blueline to chip in offensively and shoulder that responsibility. At the same time, I know I have more to give defensively and that’s my bread and butter but there’s always room to improve, I want to have that shutdown ability.

“I’m looking forward to getting back out there and show the new side of my game I have been working on and taking the necessary steps in my development to get closer to the NHL.”