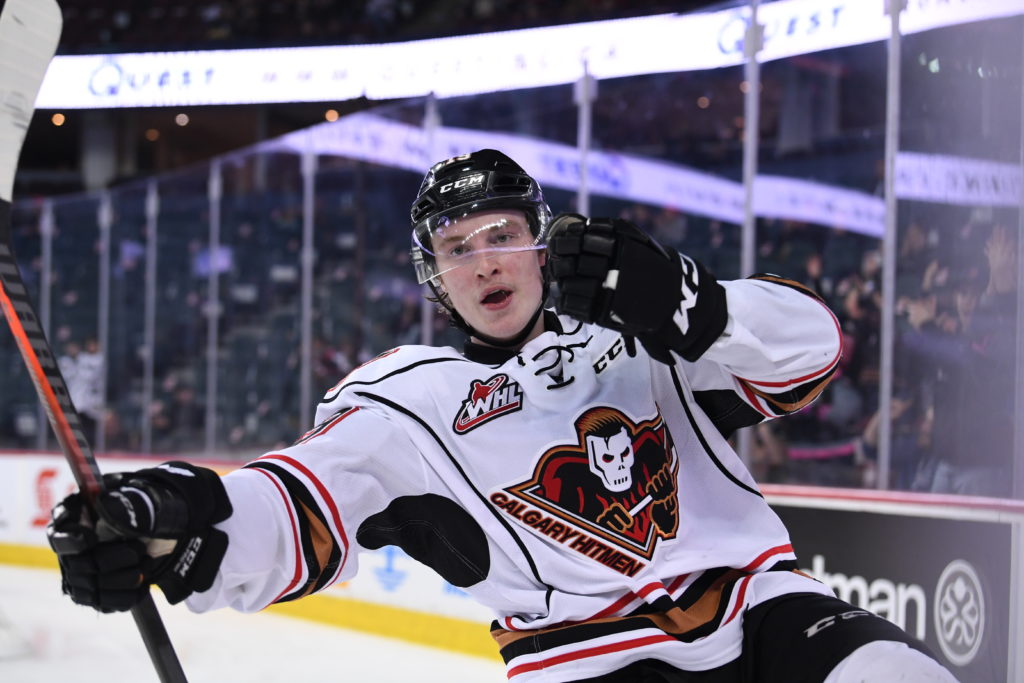 It’s been a summer to remember.

The impressive season that Hitmen forward Carson Focht had during 2018-19 paid dividends as the 19-year-old was drafted by the Vancouver Canucks in the NHL Draft and was quickly off to development camp shortly after.

Not a bad way to spend the off-season.

“It was an unbelievable feeling,” Focht said about being drafted. “A moment I’ll never forget.

“I’ve been working hard to reach this point and to know that my dream of making the NHL is one step closer is surreal.”

The introduction camp to the Canucks organization was an eventful one filled with on and off-ice activities.

“We hiked up around Grouse Mountain, the Grouse Grind is what guys called it and when you get to the top… you notice how hard it was.

“On the ice I think I had a strong showing, I had the chance to get a taste of what the next level is like last year at Boston Bruins rookie camp and it helped me this time around to prepare.

“All the guys are faster, stronger and older at the NHL level but I’m just focused on my game to showcase my skill set and tried to make a good impression.”

There’s no doubt that it has been an eventful summer for Focht, but perhaps the cherry on top of everything was being invited to attend Hockey Canada’s Summer Showcase which the former WHL first-round bantam draft pick is currently attending in Plymouth, MI.

“There were no words when I got the call for that,” he said.  “It’s a huge honour and exciting to be a part of it especially with so many familiar faces.

“I had the honour of representing the maple leaf before and to this day it’s still a highlight in my career.

Prior to the NHL draft and the Hockey Canada camp invite, Focht’s off-season workout was in full force as he looked to build off of his career year.

He did it all.

“I got really comfortable with the league this year,” Focht said. “Hammie (Steve Hamilton) was great and really helped me take my game to that next step by playing me in all situations which was something I always wanted to do.

“It was awesome to get the opportunities and I tried to make the most out of them every night.

“We had a great group and we all wanted to get better together which was huge for our confidence and our bond.

With the dog days of summer fast approaching, the start of Hitmen Training Camp is on the horizon to start off a new season filled with potential and promise.

The early off-season acquisition of one of Focht’s close friends, defenceman Jett Woo, has added more excitement of what the team can do to build off the success of last season.

“Having Jett join our group is awesome and I was thrilled when I heard the news,” he said. “’We’ve talked a lot about this upcoming year and looking forward to going through this journey together to make a push to win.

“I’ve been working hard to improve my game to help the team out, adding a lot more explosiveness in my skating to push the play and pace. I want create a lot of chances, be a hound on the defensive end and reliable in all situations.

“It’s an exciting time to be a member of the Hitmen.”