The Calgary Hitmen put a six game winning streak on the line against the Eastern Conference leader on Sunday afternoon and emerged with number seven as they edged the Edmonton Oil Kings 4-3.

The extended season-high and league leading streak comes at an opportune time as the Hitmen, now 24-16-2-1 on the season, sit seventh in the WHL Eastern Conference with 51 points.

“Every guy is on board right now and we’re just playing as a team.  We’re working hard and going out there every night.  We’re not taking any shifts off and we’re getting wins,” said Cody Sylvester, with three points (1g,2a) on the afternoon.

This would be the fourth game in a row for Calgary where the opposition would get on the board first. In the opening frame, Tyler Maxell fired a bullet from the right circle that ricocheted off a Hitmen defenceman through the five hole of Hitmen netminder, Brandon Glover.

Persistence paid off on the first Hitmen goal of the game in the middle frame as Jimmy Bubnick and Cody Sylvester took turns jamming away, with Bubnick landing it in the back of the net.

The second marker for the Hitmen came as Edmonton landed in some penalty problems. Oil Kings’ Henrik Samuelsson was accessed a five minute major for charging, as well as a 10 minute misconduct for a neutral zone hit on Spencer Humphries. Calder Brooks tipped a sharp angle shot off the stick of Trevor Cheek past rookie Oil King netminder, Tristan Jarry.

The two-goal cushion wouldn’t last long as Oil Kings’ Mitchell Moroz launched a one timer on the odd-man rush.

““It was a little pinball game out there tonight,” said Sylvester. “We let off in the last ten minutes off the first, but then in the next 40 minutes I think we played strong and we just kept throwing pucks at the night and we got the win so it was good.”

In the third, it was the Hitmen who found a pair of players in the penalty box and the Oil Kings reaped the benefits with the equalizer.

But Cody Sylvester would make his 50th WHL career goal count as he battled in front of the paint to regain the lead for Calgary, which stood up as the eventual game winner.

“I thought our guys played with a lot of emotion, a lot of energy and it was great to see us bounce back after Edmonton tying it up.  It was a much needed win and a great two points,” said Williamson.

Trevor Cheek, Alex Gogolev and Jaynen Rissling, who has points in his last four consecutive games, each picked up one helper for Calgary.

Brandon Glover made 24 saves in the Hitmen net to pick up his 13th win of the season and fifth win in his last five starts.  Calgary outshot the Oil Kings 39-27, including 18-11 in the second period.

This was the fourth of six meetings with the Oil Kings this season.  Edmonton leads the season series 3-1, winning all three home meetings.

“We know they have good D and good forwards and the goalies also play well.  Our goal heading into this game was getting traffic in front of the net and hoping goals would go in and they went in for us tonight,” added Sylvester. Calgary heads to Red Deer on Tuesday, January 17 before starting a five-game home stand Wednesday night against Team USA World Junior forward Emerson Etem and the Medicine Hat Tigers.  Game time is 7:00 p.m. at the Scotiabank Saddledome.  The Hitmen will also host Prince George, Red Deer, Brandon and Vancouver before heading back out on the road. 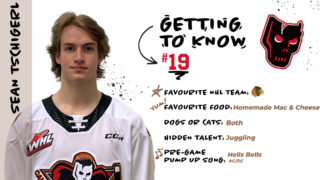 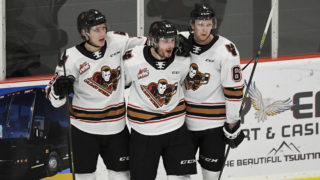 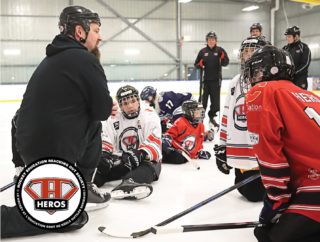 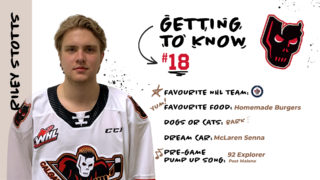