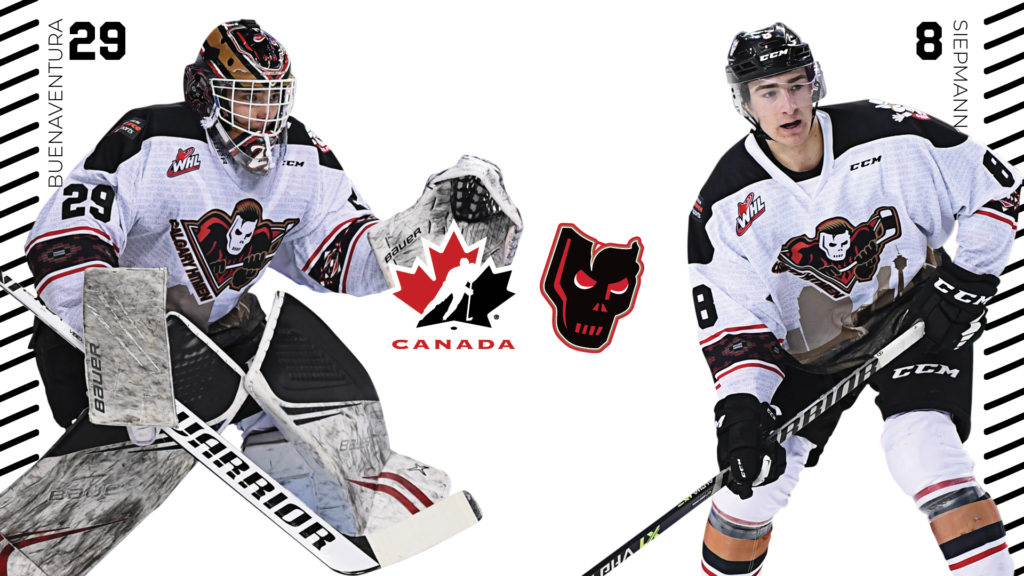 The Calgary Hitmen announced today that Defenceman Grayden Siepmann and Goaltender Ethan Buenaventura have been selected for Canada’s National Men’s under-18 team for the 2022 IIHF World Championship. The tournament takes place from April 23 – May 1 in Landshut and Kaufbueren, Germany.

Siepmann joined the Hitmen after being drafted in the first round of the 2019 WHL Prospects draft. The product of Abbotsford, BC finished the season with 9G 16A or 25 points and currently sits at number 139 among North American skaters on the NHL Central Scouting list for the 2022 NHL Draft.

Buenaventura saw 23 games in his rookie season with the club, finishing with 0.890 save percentage and a 3.53 goals against average in the 2021-22 regular season. The 17 year-old was drafted by Calgary in the fourth round of the 2019 WHL Prospects Draft.

Thirteen Western Hockey League players were named to Canada’s roster, which was announced on Monday afternoon.

Canada will open preliminary round play at the 2022 U18 World Championship Saturday, April 23 versus the United States. They will then face hosts Germany Sunday, April 24 before winding up the round-robin portion of the event Tuesday, April 26 against Czechia.