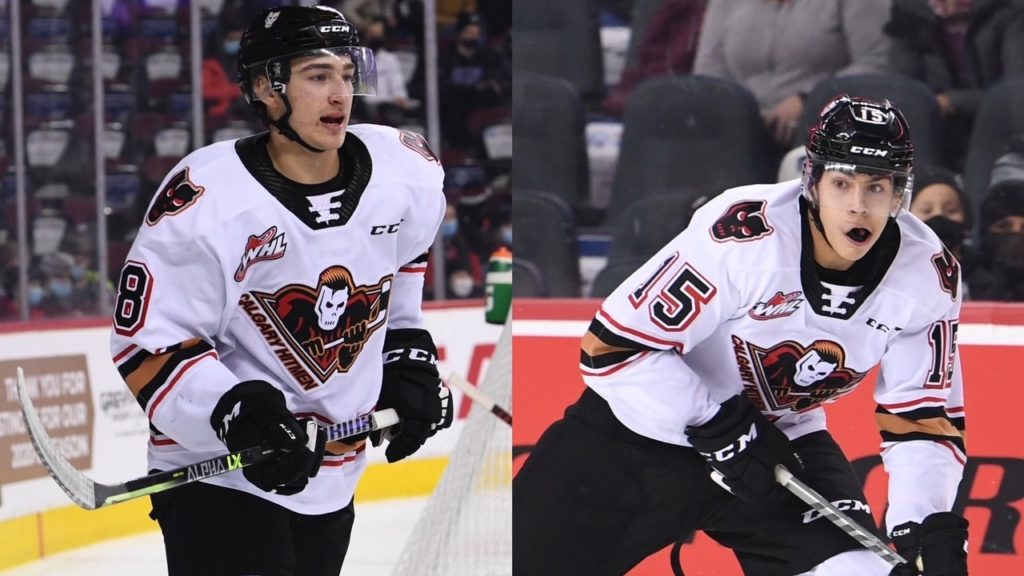 The Calgary Hitmen congratulate defenceman Grayden Siepmann and forward Maxim Murnov on being named by NHL Central Scouting in their Midterm Ranking for the 2022 NHL Draft.

Grayden Siepmann was drafted by Calgary in the first round (13th overall) in the 2019 WHL Prospects Draft.  The ’04 born defenceman currently has 8 points on the season (4g, 4a) in 29 games . Siepmann who was listed in the 2021-22 Preliminary Players to Watch list,  sits at #139 on the newly released Midterm Ranking.

Maxim Murnaov drafted by Calgary in the first round (35th overall) in the 2021 Import Draft, cracked the list at #141. Arriving in Canada in mid October, the import from Moscow is on the upward trajectory, making his impact on the club. Muranov currently has 8 pts (3g, 5a) in 17 games.

A total of 27 WHL forwards find themselves on the Midterm Rankings, joined by 17 WHL defencemen, and nine WHL goaltenders.