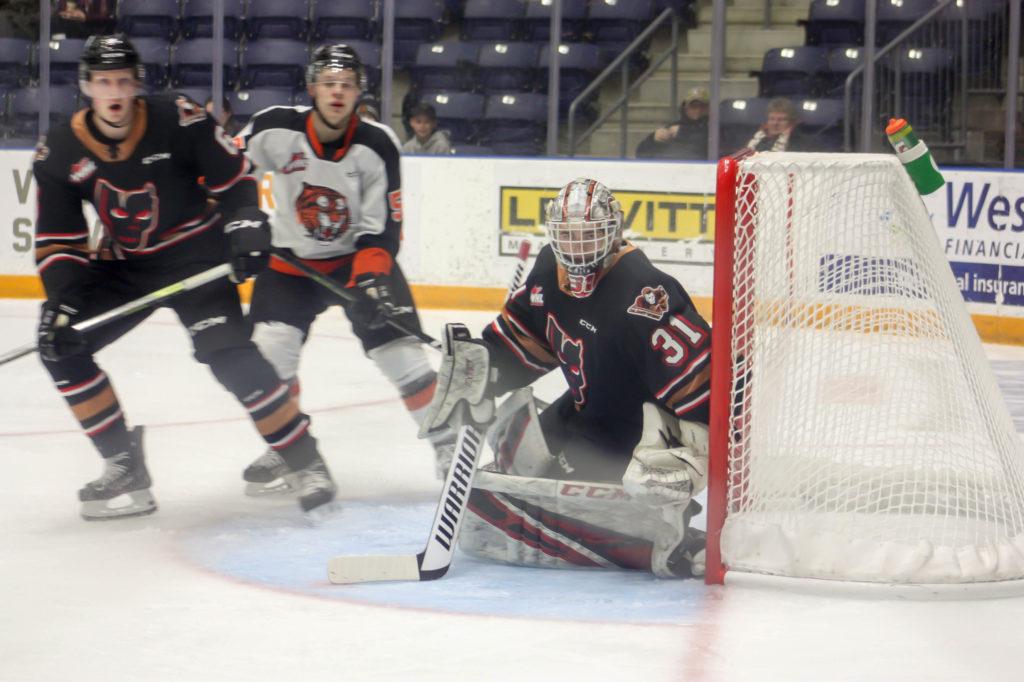 They just never got going.

Friday night at the Canalta Centre saw the Hitmen fall 5-2 to the Medicine Hat Tigers to kick off the busy three-in-three weekend.

Carson Focht and Blake Allan provided the markers, and goaltender Jack McNaughton stopped 32 shots in the loss in his third straight start.

James Hamblin and Elijah Brown both struck twice while Jonathan Brinkman added the other tally. Mads Sogaard needed just 20 saves to lead the Tigers to victory.

Twice in the season series the Hitmen have been able to regroup and rally from trailing against the Tigers, but they couldn’t find that same magic this time as Medicine Hat did not let up on the gas and Calgary struggled early and often.

Not the best recipe for success.

Two first period goals had the Hitmen on their heels early on, with both the result of defensive breakdowns as the Tigers jumped out to a 2-0 lead just seven minutes into the contest. The shot clock reflected the score as Medicine Hat outshot the Hitmen by a whopping 21-5.

The second stanza didn’t start any better as three minutes in Hamblin would net his second of the night that would hold up as the game winner. It wasn’t until halfway through the third period, down 4-0 that the Hitmen would get on the board as Focht as pounced on a loose puck in tight and snapped home his 18th of the season on the power play.

Medicine Hat would then strike 1:45 into the final stanza off the rush that was quickly answered by Allan two minutes later, deflecting a Jackson van de Leest point shot for his fifth of the season. The 18-year-old now has nine points (5G, 4A) in 26 games since joining the Hitmen, setting career highs already.

The speed and quickness of the Tigers attack proved to be too much for the Hitmen, just two days after they got the best of their Central Division rivals by a 4-2 score back at the Scotiabank Saddledome.

It’s now off to Lethbridge to take on the Hurricanes in the second game of the busy weekend, before returning to ‘Dome ice Sunday afternoon to wrap up the season series against the Moose Jaw Warriors.