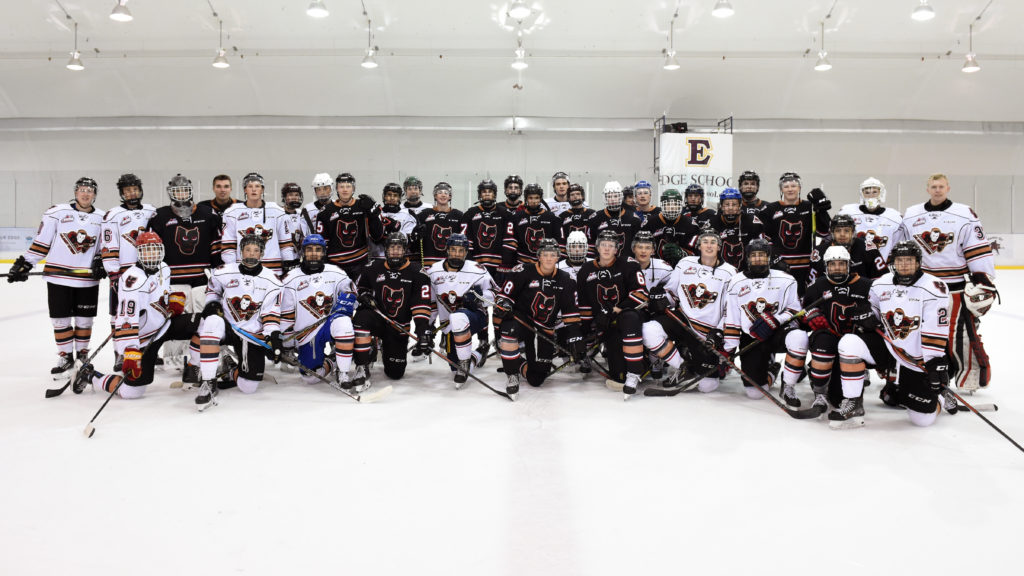 Jackson van de Leest recorded a team-leading three assists to lift Team White to a 6-4 victory over Team Black in the annual Calgary Hitmen Intrasquad game.  Billal Noori netted a pair of goals in the win with singles from Mason Finley, Adam Kydd, Josh Prokop and Matthew Schulmeister.  Moe Hakim led Team Black with a goal and an assist.  The contest was played Sunday afternoon at The Kyle Stuart Memorial Arena at Edge School.

See the complete scoring summary below.

Calgary will now get set to open the 2019 Western Hockey League pre-season with a home-and-home against the Oil Kings beginning at the Downtown Community Arena in Edmonton on Friday, September 6.  Then on Saturday, September 7, Calgary hosts the Oil Kings at the Seven Chiefs Sportsplex on Tsuut’ina Nation in a 7:00 p.m. start. Tickets are on sale now at the Seven Chiefs Sportsplex for $10 each. The four-game schedule concludes on Sunday, September 15, with the lone game at the Scotiabank Saddledome against the Red Deer Rebels. Game time is 4:00 p.m.