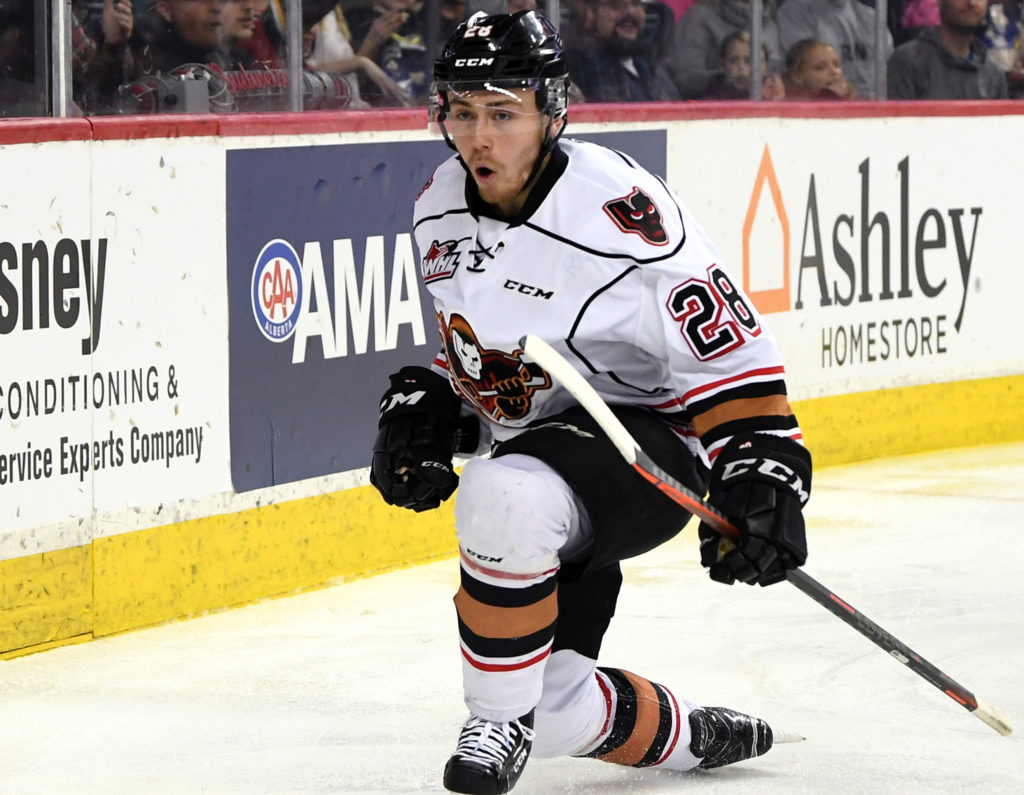 Every time James Malm has the puck on his stick, there’s a buzz in the air and make sure not to blink because you may just miss something special.

From time after time since joining the Hitmen in late October, there have been plenty of jaw-dropping moments from the 19-year-old that has quickly made him a fan-favourite.

“When I was younger I played the same style in pee wee and bantam but definitely not when I was 16 or even 17 in this league,” he laughed. “I’ve definitely become more comfortable with the puck and realized that I have more time and space than I think and more confidence in myself.

“When I was a kid I played ball hockey all summer and I feel like it helped with my hands and creativity. It’s not like you can blow by guys with your speed all the time, you have to use your hands and find ways to create space for yourself and it’s been a huge help.”

Even in his first game with the Hitmen on Nov. 2 against Medicine Hat, he made an instant impact scoring the game-winner and offering a taste of what you could expect from him on a nightly basis.

It was the perfect debut.

“It was an awesome game and I’m definitely not going to forget that one,” Malm said. “To help the guys win and make a statement like that in my first game was a special feeling and a moment I’ll always remember from my hockey career.

“You couldn’t draw it up any better and just shows how things fall into place.”

There’s no question that the nerves were high for his Hitmen debut, but as he recalls, the first time meeting his new teammates was more nerve wracking.

Those nerves have since gone away but just like his first game, he’ll always remember meeting Mark Kastelic, Luke Coleman and Dakota Krebs.

“It definitely was awkward at first,” he laughed. “It is funny though because we were talking about it the other day on how quiet that ride was because I just had met them minutes earlier and we were complete strangers to each other. We can look back and have a good laugh about it, and now we can hold a conversation without a problem.

“It’s a tight group and I love being here.”

As the Hitmen gear up for the final weekend of the regular season and playoffs fast approaching, it’s an exciting time for the club that missed out on the post-season last year. For Malm, he experienced his first taste of playoff action with the Vancouver Giants in the 2018 WHL playoffs, which ended in being eliminated in the seventh and deciding game of the opening round by the Victoria Royals.

It left a sour taste that he is hoping to get rid of with a deep run this time around.

“I’m excited to get another knock at it,” Malm said. “The thing that I learned the most from that series is that losing sucks, it’s not a good feeling and I don’t want to do it again.

“We know we have a special group and come to the rink having a good time because everyone is in a good mood. We know we didn’t have the best weekend but before that we were on a heater and know that we can get back there again.”