The Power of The Pledge 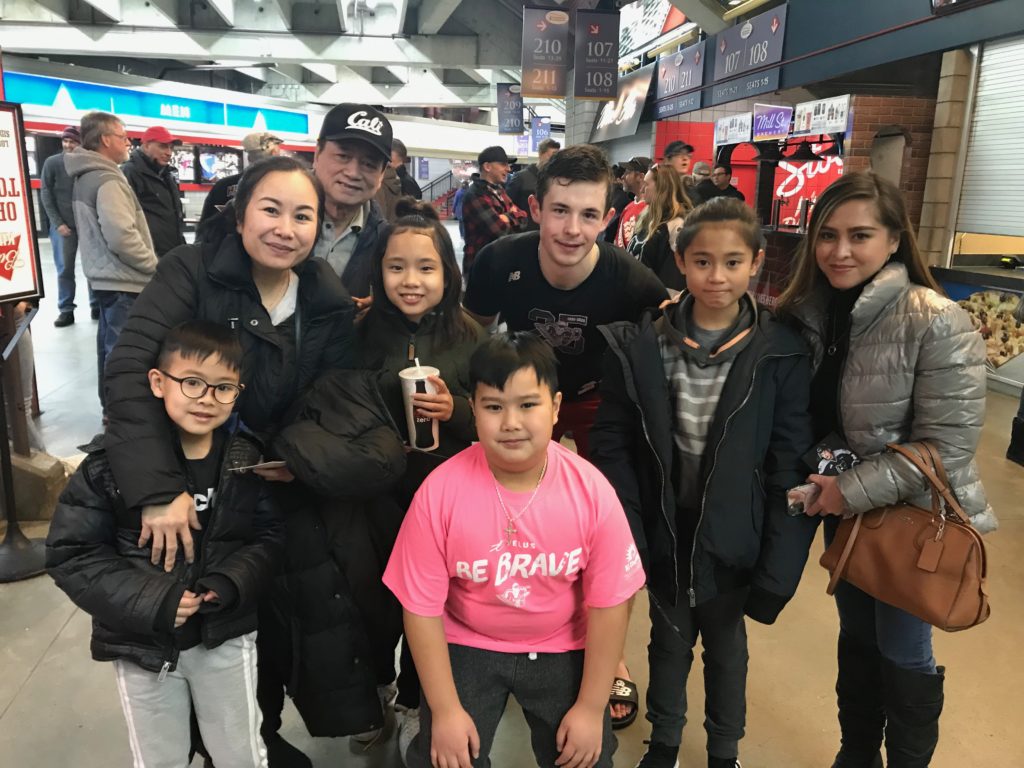 Community is the focus.

Always has been, always will be.

So to celebrate their 25th anniversary, the Hitmen wanted to give a gift instead of receive one.

And in a city where volunteering is already a strong suit, why not celebrate something we’re exceptional at.

“We thought, what if we did something that capitalized on the 25th year?” explained Rob Kerr, the Hitmen’s Assistant Manager of Business Operations. “Let’s ask our staff, fans, and our partners to volunteer 25 hours in the community during the course of the season.

“The thought was if we get enough people to buy in, can we hit the goal set of 25,000 hours for our anniversary?”

“When you have a birthday or an anniversary, you’re the one getting all the gifts. In this case, we wanted to be the call to action for Calgarians to think about giving back to the community.

“We decided to come up with the prize of giving back to the community by picking a winner and donating $25,000 to a charity of their choice.”

A ‘passport’ was developed, where volunteers could track their hours and submit it at the end of the season. The option was also there to log hours online.

ENMAX came on board as a vital sponsor to help power the program to success.

The initiative debuted at the home-opener in September. The response was immediate, with fans snapping up passports at the first two games at the Scotiabank Saddledome. Hours were logged right away online.

During the season, different volunteer opportunities were displayed at games and on the team’s social media.

Hitmen players even took it upon themselves to get involved.

“Riley Fiddler-Schultz took his own initiative and came up with a program that he ran with the boys and girls club called Fidds Friends, where he brought some kids to games and he would also go and personally volunteer with them,” said Kerr. “He also went to a local Co-op right before Thanksgiving, got food donations for the Veterans Food Bank, and took some teammates with him (to help out). He did all of these things on his own, outside of the extra player community events, which is extremely impressive and shows dedication to The Pledge,” admired Kerr.

There some important events where the Hitmen gained a lot of hours towards the final goal, including a Habitat for Humanity build where Hitmen staff spent the day. Volunteers also played a big part at the Teddy Bear Toss tilt, Every Child Matters game, and TELUS Be Brave game.

“It was a great program for the season,” said Kerr. “ We loved seeing all of the passports coming in and we definitely think with some fine tuning we will bring it back again for next season.”

With The Pledge ending and the goal being reached, the Hitmen and ENMAX plan on making the final announcement for both hours and winner of the $25,000 charitable donation in the coming weeks. 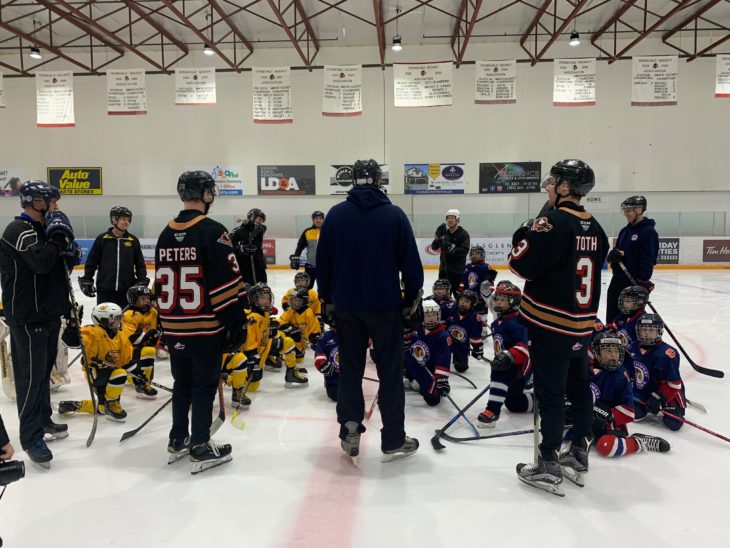 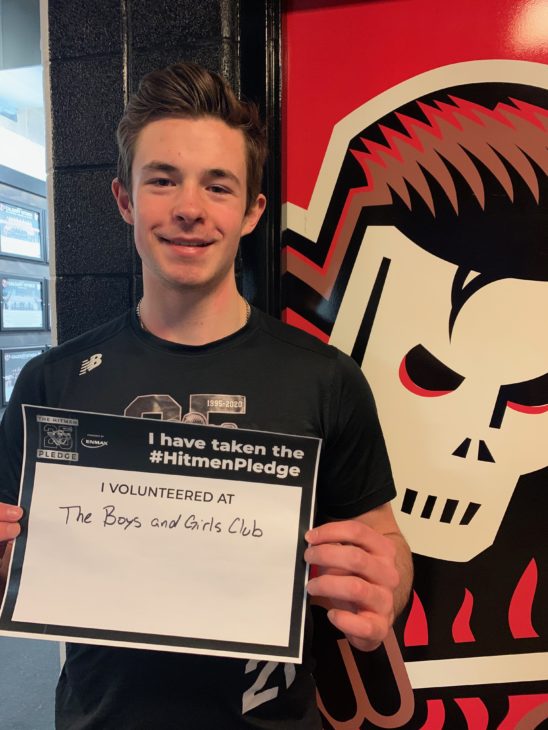 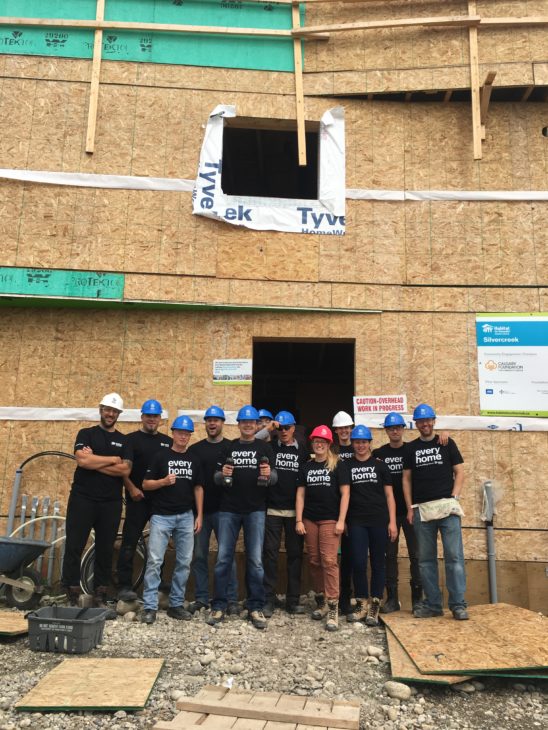 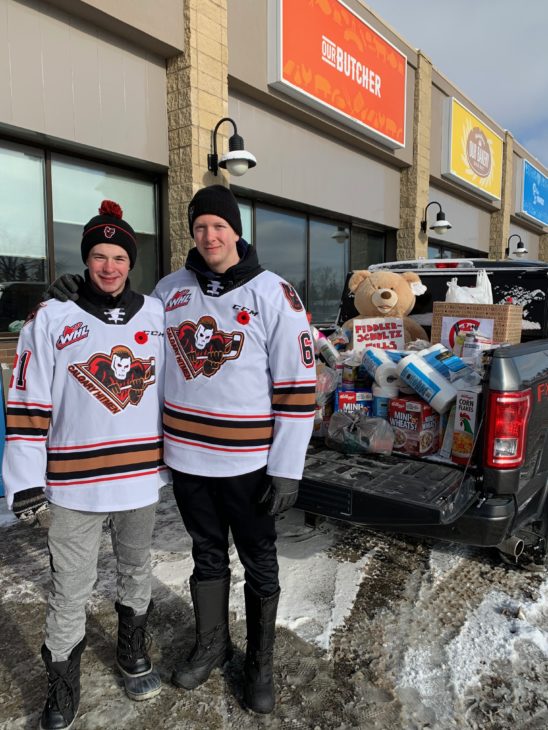