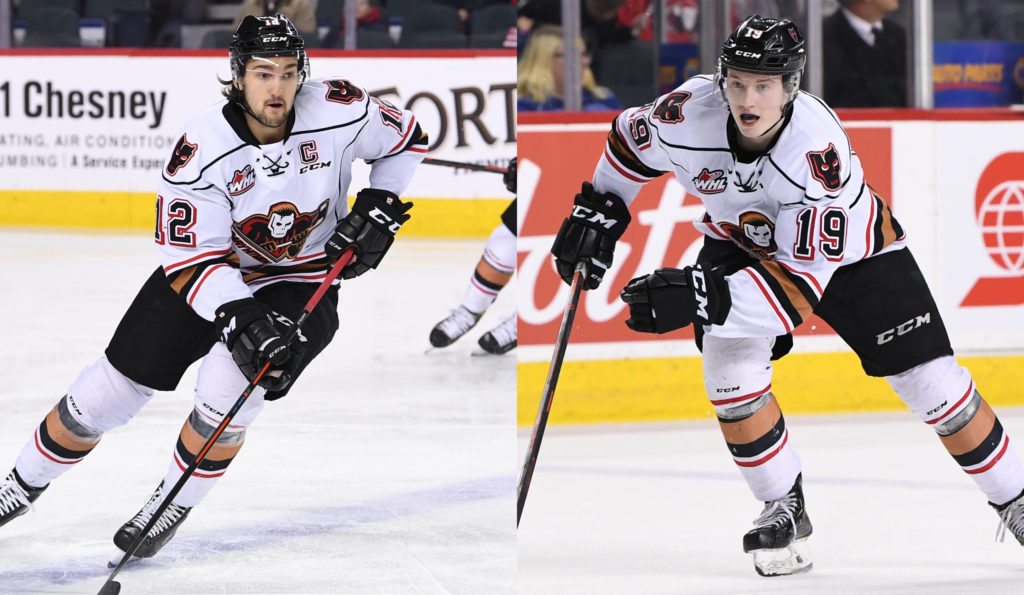 The Calgary Hitmen Hockey Club is proud to announce two Hitmen have been selected in the 2019 NHL Draft.

Mark Kastelic and Carson Focht were both drafted in the fifth round, Kastelic 125th overall to the Ottawa Senators and Focht at pick 133 to the Vancouver Canucks.

Kastelic had a monster year finishing third in the Western Hockey League regular season in goals with 47 while leading the league with 24 power play markers.  The 19-year-old was also named a 2018-19 WHL Eastern Conference Second Team All-Star while taking home four team awards including the Ed Williams Mens Wear Player of the Year.

Focht has had a great week which began with Wednesday’s invite to Hockey Canada’s Summer Development Camp ahead of the 2020 IIHF World Junior Hockey Championship.  The 18-year-old is coming off career year, nearly doubling his point total from the previous season to finish with 64 points.