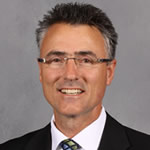 John Bean was named president and governor of the Calgary Hitmen on July 16, 2018. He joined Calgary Sports and Entertainment Corporation (CSEC) in January 2010 as Senior Vice President, Finance and Administration and CFO before being named Chief Operating Officer of CSEC in September 2013. That summer he lead the restoration and recovery of the Scotiabank Saddledome which was significantly impacted by the flood of 2013. In less than 70 days the entire event level was stripped down to the concrete and rebuilt in time for the 2013/2014 hockey season.

Bean is also the National Lacrosse League Governor for the Calgary Roughnecks, Chairman of the NLL Audit and Finance Committee, a member of the CFL Audit and Finance Committee and the Treasurer for the Calgary Flames Foundation for Life. Prior to joining CSEC, Bean, a Chartered Accountant, held a variety of senior executive roles in the oil and gas services industry including Vice President, Finance with CCS Corporation Ltd. and Chief Financial Officer with Hazco Environmental Services Ltd.

Born and raised in Saskatoon before attending the University of Saskatchewan he and his wife Rhonda moved to Calgary in 1988 where they have raised two children. Bean enjoys golfing and spending time with his family.

Mike Moore is in his 25th season in the Western Hockey League and 14th with the Calgary Hitmen. His tenure with the franchise began with a one-year term as assistant general manager in 1997-98. He then served as general manager of the Kamloops Blazers (1998-2004) and Medicine Hat Tigers (2004-05) before spending three seasons as director of athletics with Edge School (2005-08).

During his Hitmen tenure, Moore has received a pair of WHL recognitions: Marketing/Public Relations Award in 2010-11 and Eastern Conference nominee for the Lloyd Saunders Memorial trophy as WHL Executive of the Year in 2013-14.

Jeff Chynoweth is in his fifth season with the Calgary Hitmen. He has been a prominent fixture in the WHL for over 30 years, joining the Hitmen in 2017 after completing 16 seasons as general manager of the Kootenay ICE. During his expansive tenure with the Edmonton/Kootenay franchise (1995-2017), he held the roles of owner, president and general manager. Under his leadership, the ICE claimed three WHL titles (2000, 2002 and 2011), captured the coveted Memorial Cup in 2002 and earned the Scotty Munro Memorial Trophy as the league’s top regular season club during the 2004-05 campaign. That same 104-point season saw the product of Calgary named WHL Executive of the Year. Before joining the ICE franchise, Chynoweth held several business and hockey operations positions with the Red Deer Rebels (1991-95), Lethbridge Hurricanes (1989-91), Brandon Wheat Kings (1988-89), Medicine Hat Tigers (1987-88) and Spokane Chiefs (1986-87). 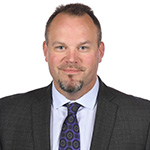 Steve Hamilton is in his fourth season with the Calgary Hitmen having guided the club to a combined 71 wins during his first two years at the helm.  Before moving to the Stampede City he helped the Edmonton Oil Kings as an associate coach to three straight WHL Finals, two league championships in 2012 and 2014, culminating with a Memorial Cup title in 2014. The 47-year-old has 10 seasons of WHL experience and has also served as a head coach and assistant with Hockey Canada working with the U17’s and U18’s in 2013, 2014 and again in 2017. Hamilton, a three-time AJHL Coach of the Year with the Fort Saskatchewan Traders in 2006 and Spruce Grove Saints in 2009 and 2010, spent 13 years as a teacher and hockey instructor with Donnan Elementary and Vimy Ridge Academy from 2001 to 2014.

Trent Cassan is in his sixth season as an assistant coach with the Calgary Hitmen following parts of seven years as head coach of the Yorkton Terriers of the Saskatchewan Junior Hockey League. He also spent two SJHL seasons as general manager. During his time as bench boss, he compiled a record of 177-123-17-24 while advancing to the playoffs in six campaigns, including four league final berths. Under his guidance, the Terriers captured the club’s first-ever RBC Cup as Canada’s National Junior A champions in 2014 along with two Canalta Cups (2013 & 2014). Cassan, who has made two appearances at the World Junior A Challenge as both an assistant coach (2013) and head coach (2014) with Team Canada West, was the co-recipient of the SJHL’s Coach of the Year award in 2012-13. A Medora, Manitoba native, Cassan is a graduate of the NCAA’s Division III SUNY Geneseo Knights (2004-08) and a Terriers alumnus (2001-04).

Matt Stajan is in his first year with Calgary Hitmen, joining the coaching staff in September 2021. Prior to stepping behind the bench, the 37-year-old Mississauga, Ontario native was drafted in the second round of the 2002 NHL Draft by the Toronto Maple Leafs, and played seven seasons before being traded to the Calgary Flames. In 2014-15 he helped the Flames make the Stanley Cup Playoffs for the first time in six seasons, and continued with the team through the 2017-18 Season. In 1,003 career NHL games, he recorded 146 goals and 413 points. Most recently, Stajan played with Munich EHC in the Deutsche Eishockey League (Germany) before announcing his retirement from professional hockey in 2019.

Brad is in his second season with the Hitmen and has a wealth of experience having worked with a number of professional goaltenders over the years including Miikka Kiprusoff, Devan Dubnyk and Jeff Glass along with the Canadian National Women’s Team.  Over the years Brad has also assisted with Hockey Canada, Hockey Calgary, the University of Calgary and Olympic teams for Norway and Kazakhstan.  During his playing career he spent time in the English Premier Ice Hockey League, East Coast Hockey League, Alberta Junior Hockey League and Alberta Colleges Athletic Conference.

Nathan Hollinger enters his fourth season with the Calgary Hitmen. He was born and raised in Grenfell, Saskatchewan, and is a certified Athletic Therapist CAT(C) with the Canadian Athletic Therapists Association, as well as a certified Strength and Conditioning Specialist (CSCS) with the National Strength and Conditioning Association. He has a Bachelor of Kinesiology (Human Kinetics) from the University of Regina, as well as an advanced certificate in Athletic Therapy from Mount Royal University. Prior to joining the Hitmen, Hollinger spent time with the Okanagan Hockey Academy, and also has experience working within the SJHL and CIS. Nathan also had the privilege of representing Team Canada West at the 2016 World Jr. A Challenge.

Robin is in his second season with the Hitmen and brings a decorated resume to the post having been a part of 16 gold medal championship teams as an equipment manager with Hockey Canada.

Troy Norcross joined the Calgary Hitmen as video coach in 2008. The Calgary product has over 25 years of hockey experience as both a player and coach.

Norcross, who attended the University of Alaska-Anchorage on a Division 1 scholarship from 1991 to 1995, played with the ECHL’s Alaska Aces in 1995-96, formerly known as the Anchorage Aces. During his Alberta Junior Hockey League career, Norcross played three seasons with the Calgary Canucks, capturing one championship title with the Junior A club, as well as spent two years behind the bench as assistant coach of the Calgary Royals, presently known as the Calgary Mustangs. 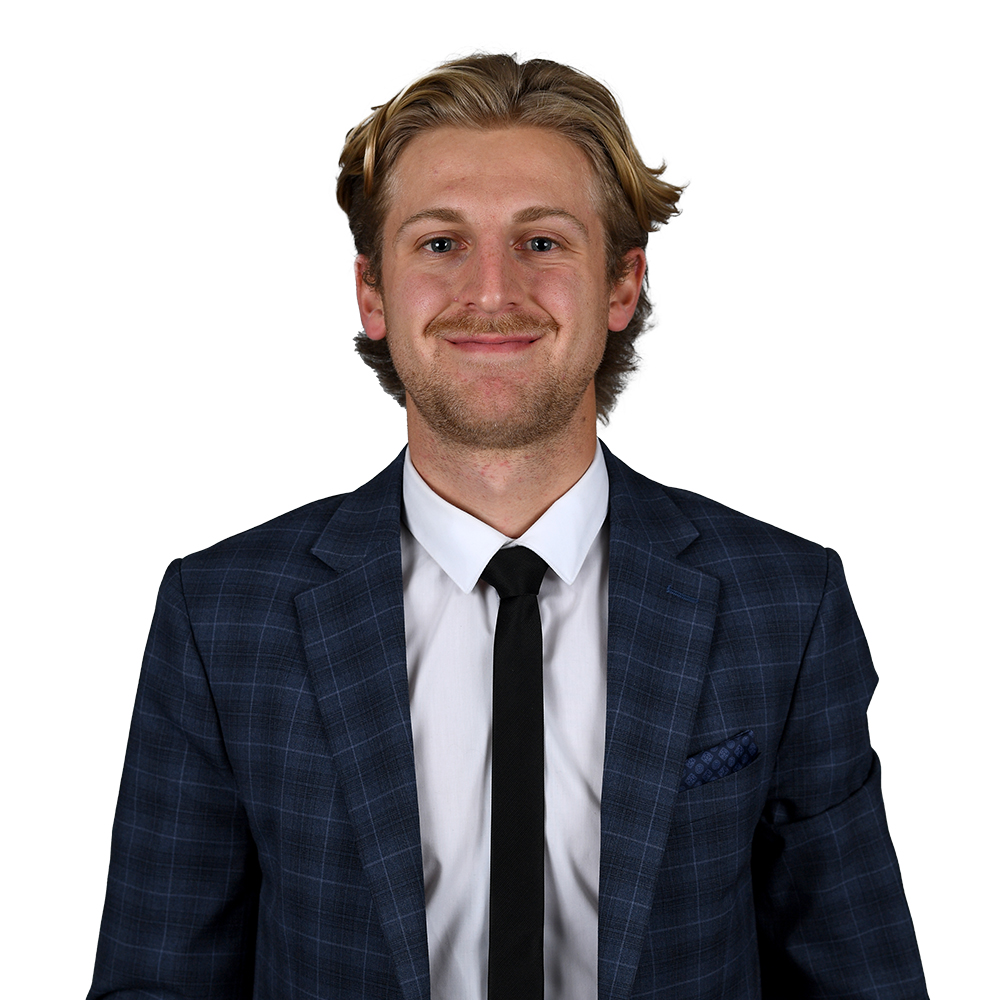 Rees enters his first season as video coach of the Calgary Hitmen. He played his minor hockey in Calgary before completing his business degree at Acadia University, in Wolfville Nova Scotia. While at Acadia, Rees served as Video Coach for the Men’s Varsity hockey team. After graduating he joined the Hockey Operations Department at the Western Hockey League head office as part of the Bill Hay Future Leaders program. Rees also spent time with organizations such as the Palm Springs Power, Brampton Excelsiors, and Treadstone Sports Agency.

Sean Hope-Ross is in his 21st season as strength and conditioning coach with the Calgary Hitmen. The Calgary product is a certified strength coach and personal trainer with over 20 years of health and fitness experience complemented by a Bachelor of Arts from University of Victoria.

Hope-Ross resides in Calgary and is the owner and president of Sean Hope-Ross Strength and Conditioning.

Wayne is in his fourth season as skills coach with the Calgary Hitmen. He is also the program director and head instructor for Summit Hockey Academy and has over 25 years of elite hockey experience. On the ice, Wayne combines his hockey expertise with his past teaching experience with the Calgary Board to deliver well-planned, meaningful skill development sessions throughout the year.

Bernie Bajnok is in 20th season as the team’s education advisor. He holds a wealth of leadership experience having served as a high school principal for 17 years before retiring in 2003. Bajnok also has a Masters Degree in Educational Administration and a Physical Education Degree.

He helped coach the Calgary West Little League baseball team to a Canadian Championship and the Little League World Series in South Williamsport, PA in 2001.