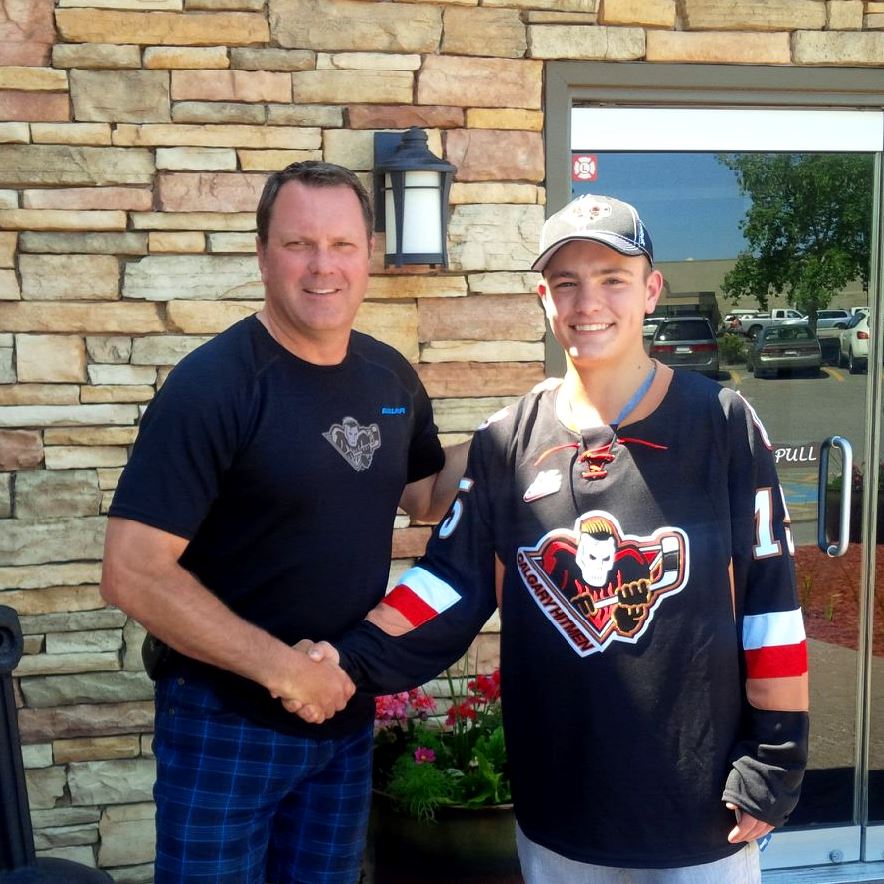 “It’s a dream come true; I’ve always wanted to play in the WHL,” said Nielsen, a native of Fort St. John, BC. “From playing in a small town and never really thinking about it to actually doing it and signing a contract is quite indescribable. I’m honoured to become part of a very good organization.”

Nielsen was selected 20th overall in the 2015 WHL Bantam Draft on May 7.

The 5-9, 168-pound, left-handed centre played this past season with Calgary-based Edge School (CSSHL) in the Bantam Prep Division. The 15-year-old served as team captain and tallied 97 points (59g, 38a) in 52 games. He also had 133 penalty minutes while posting a plus/minus rating of plus-31.

“We are very excited to have Tristen under contract,” said Moore. “He is a dynamic young man with an infectious personality, tremendous work ethic and a strong will to win and excel. He’s also a terrific complement to the young players on our roster and future Hitmen prospects.”