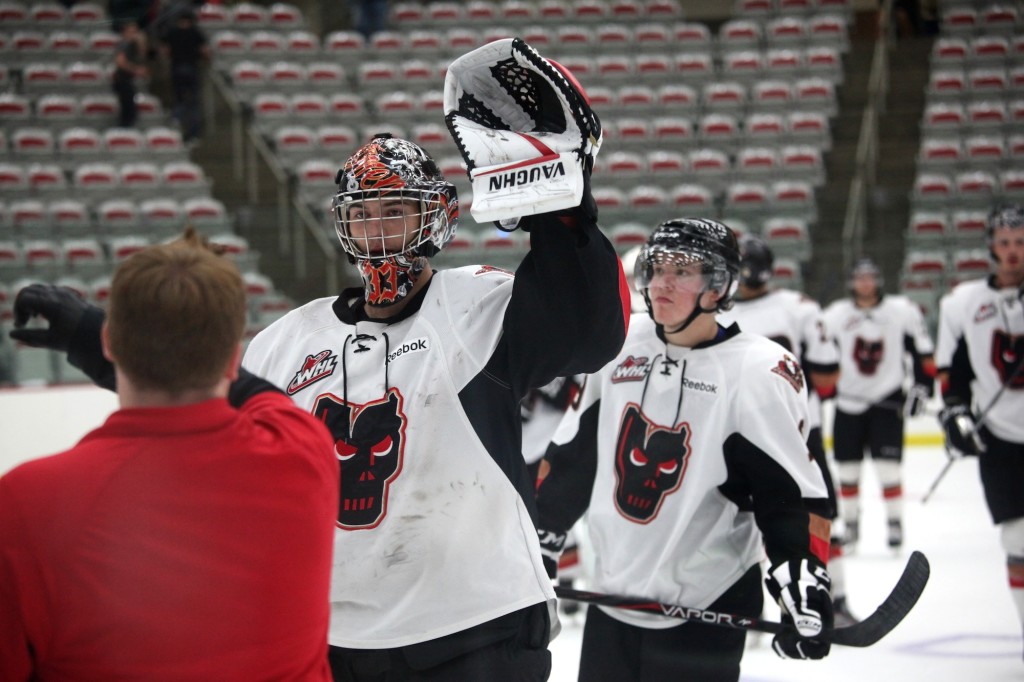 Trevor Cheek led the Hitmen with a point on every Calgary goal tallying a goal and three assists, while Brooks Macek scored once and set up two others.  Jake Virtanen and Elliott Peterson also netted goals for Calgary.

“A couple of lucky bounces here and there. I love playing with Mace (Macek) he’s a great playmaker and Fluter had a great game as well so they made it pretty easy on me,” said Trevor Cheek.

Chris Driedger made 26 saves for Calgary as the Hitmen outshot the Rebels 31-28.

Calgary wraps up the 2012 WHL pre-season when they travel to Crowsnest Pass, Alberta for a pair of games at the annual Thunder Challenge Tournament.  The Hitmen open the weekend on Saturday, September 15 against the Lethbridge Hurricanes, before facing the Kootenay Ice Sunday afternoon.