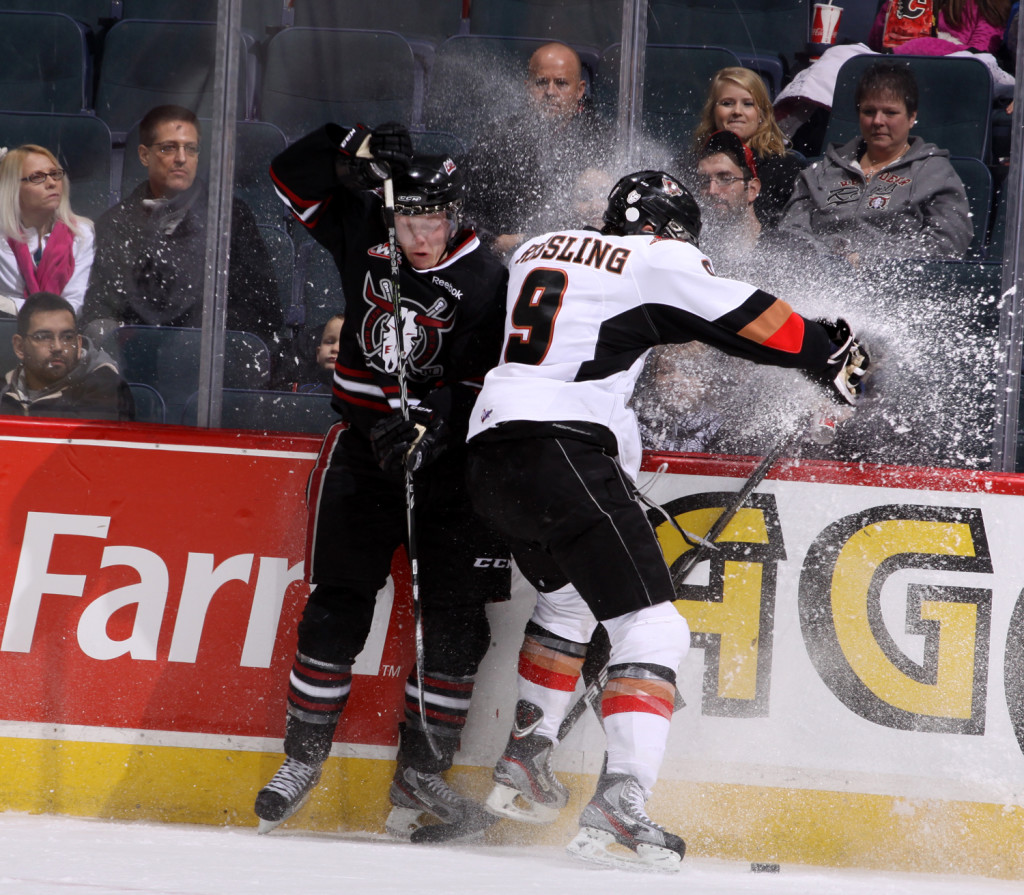 The Calgary Hitmen opened their 18th season in the Western Hockey League Friday night with a 3-2 win on the road in Red Deer over the Rebels.

Overage forward Cody Sylvester had a hand in all three Hitmen goals scoring twice and setting up another.  Brady Brassart also scored for Calgary while adding an assist.

Special team played a huge role in the contest as the Hitmen went 3-4 on the powerplay while killing all five Rebels chances.

Colton Mayor and Turner Elson both scored for Red Deer who opened the scoring before giving up three straight goals.

Calgary outshot the Rebels 34-27.  Ottawa Senators prospect Chris Driedger made 25 saves to pick up the win.

The Hitmen are back in action tomorrow night (Saturday, September 22) when they host the Kootenay Ice at Scotiabank Saddledome.  Game time is 7 p.m. for the Adrenalin Source For Sports Home Opener.

Single game day tickets are on sale now at all Ticketmaster locations and the Scotiabank Saddledome box office.  Order online at www.ticketmaster.ca or by phone at 1-855-985-5000.  For more information on tickets, including Name Your Game Flex Packages and season tickets, call Customer Service at 403-777-4646 or visit www.hitmenhockey.com.